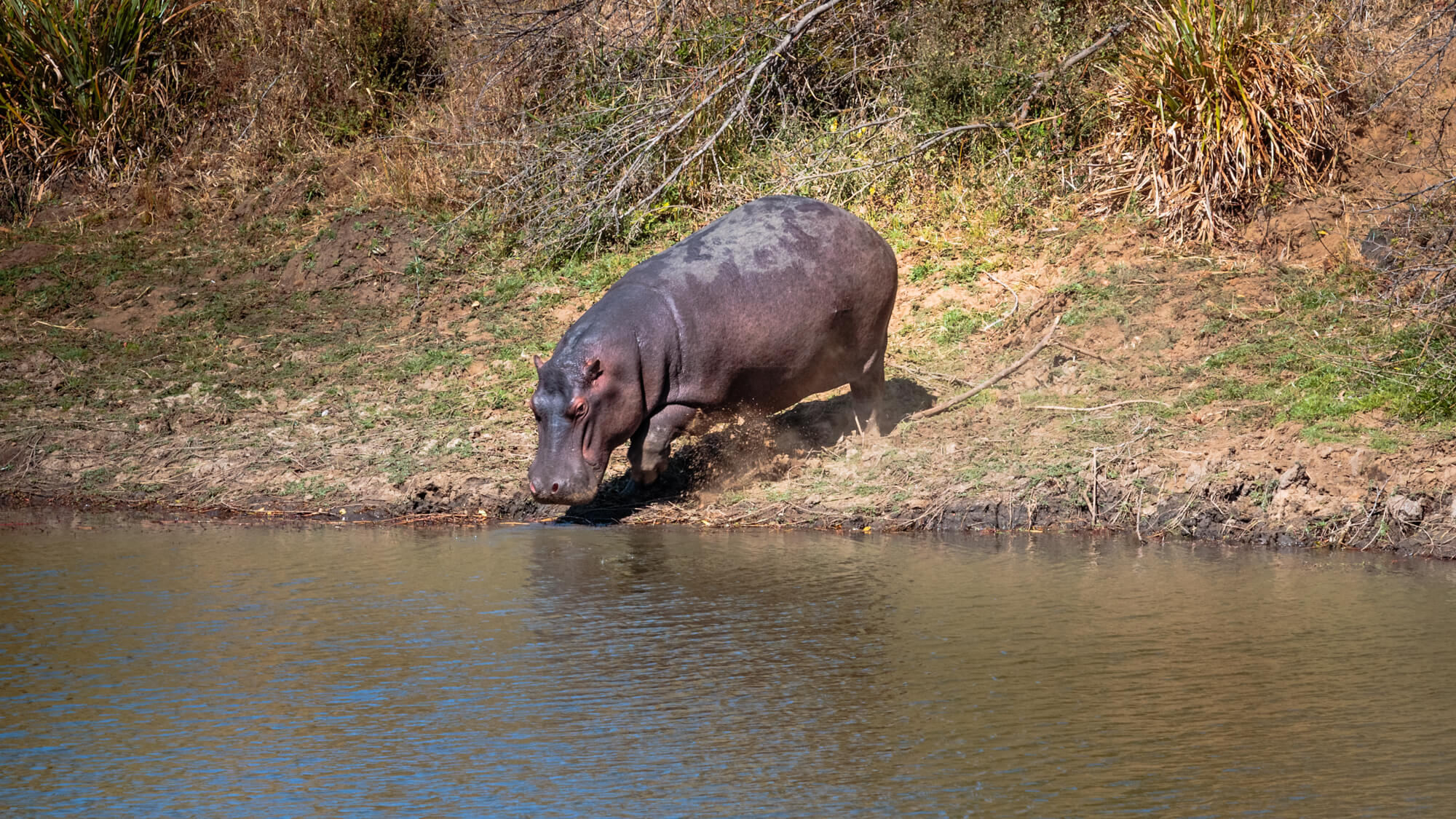 The Hippo is a massive, semi-aquatic mammal with a mass of up to 2,5 tonnes. It is able to walk under water on the river bed, and can remain submerged for five minutes.

The Hippo is a massive, semi-aquatic mammal with a mass of up to 2,5 tonnes. It is able to walk under water on the river bed, and can remain submerged for five minutes.

The Hippo sleeps in or alongside the water during the day and at night forages for grass close to the water.

Cows give birth to a single young in shallow waters, after a gestation period of 240 days. The calf is often hidden in reeds for a few days by the mother, after which she and her baby rejoins the herd. Females reach sexual maturity at the age of seven to eight years. A female can produce up to ten young during her lifespan of approximately 35 years in the wild. It is a myth that the mother carries her calf. What happens is that in cold conditions a young will rest the front part of its body onto that of an adult to sun bathe; due to their smaller body mass the young loses body heat faster than adults.

Calves are born in the water and can swim before walking. The Hippo is a strong and fast swimmer, and will attack when wounded or agitated. The fact that it is responsible for most human fatalities and injuries in the wild, renders it the most dangerous mammal in Africa. Hippo's are gregarious, usually found in schools (pods)of five to 20.

Formerly widespread throughout South Africa, the Hippo is now only found in KwaZulu-Natal and Mpumalanga, Limpopo and has been reintroduced into the Eastern and Western Cape.