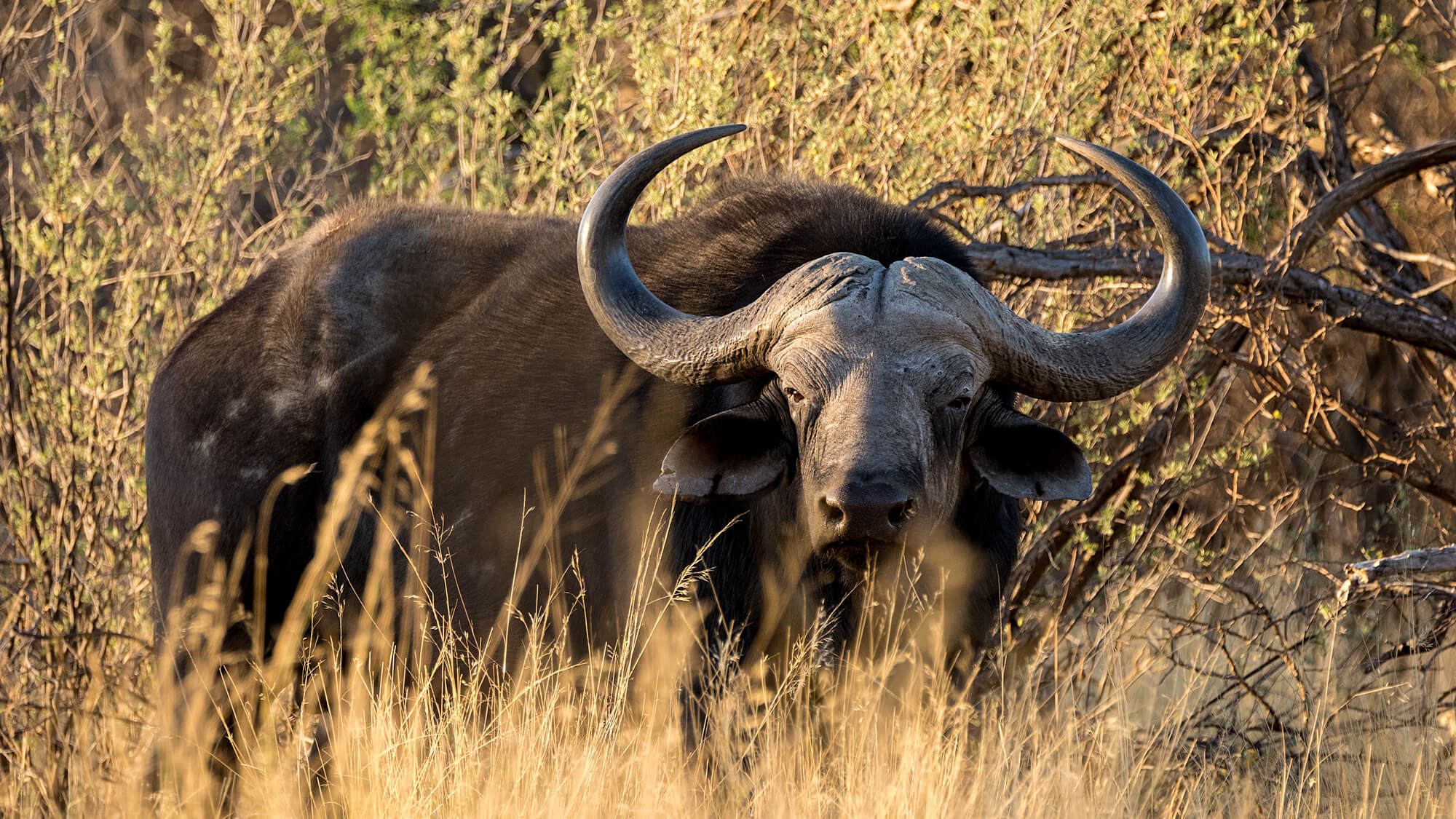 A large and powerful bovine, the African Buffalo reaches shoulder heights of up to 1.5 m and a mass of 750 kg. Both sexes have horns, those of the bulls are characterised by a heavy boss and upward curved horns.

A large and powerful bovine, the African Buffalo reaches shoulder heights of up to 1.5 m and a mass of 750 kg. Both sexes have horns, those of the bulls are characterised by a heavy boss and upward curved horns.

Buffalo herds can have significant ecological impact on the veld. Being a bulk grazer, they are responsible for converting long grasslands into short grassy environments conducive to other browsers with more selective feeding habits.

Mating occurs between March and May. Gestation period is 330 days. Single calves are born between January and April, with a distinct peak in February. African Buffalo are strongly gregarious. Stable herds of up to several hundred are often observed, but which fragment into smaller herds in times of drought.

Mainly preyed upon by lions. When a herd member is attacked, others will rush to its defence. Collectively a number of buffalo are more than capable to stave off an attack by an entire pride of lions. A wounded buffalo bull is regarded as most dangerous by hunters, and is one of the reasons why this animal is included into the so-called 'big five'. This trait is the origin of many hunting adventures, myths and legends.

An inhabitant of woodland savannas, large herds of African Buffalo are encountered in the Kruger National Park, with smaller herds in Zululand and the Eastern Cape.

It is said that Buffalo look at you as if you owe them money, and this is an appropriate description if you should ever come across them on foot in the bush.

Buffalo are inherent carriers of viruses fatal to domestic stock, and for this reason disease-free Buffalo are being specifically bred in areas such as the Eastern Cape in South Africa and fetch very high prices.